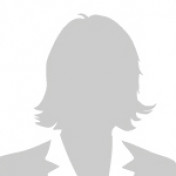 I look forward to discussing my background and your needs in detail, as I am confident that my unique experience will be of great use in meeting your immediate and future objectives.

As PHILIX Software Engineer in Test at Pixelogic Media Egypt, I coordinated with Stakeholders to deliver the go/no go decision for every sprint. I received the team issues and facilitated in resolving conflict and blocking issues. I utilised the selenium framework to automate the regression suite. I calculated the time that needed for each sprint based on the selected stories as per requirements. I gathered data and provided a daily status through calls between the stakeholders. I analysed and participated in updating the stories in case (contradicting or not feasible on Jira). I discussed the stories that included in each sprint by attending daily call with stakeholders.

Below are some of my key accomplishment that I have attained during this tenure:
~ Optimised the percentage of automated testing suits by cooperating with teams.
~ Played a major role as SPOC from the testing team and attended the customer meetings.

As Total View Test Manager at Vodafone International Service, I monitored the client requirements and the feasibility by using experience in the business. I discussed the scope in each release by attending the business meetings with stakeholders. I reported the KPIs for each month based on the actual/ estimated progress. I assessed the time that required for each release based on the given scope.

Below are some of my key accomplishment that I have attained during this tenure:
~ Oversaw team of 4 members for more than 18 months as well as completed and delivered the project to three different markets (Italy, India, and UK).

- I monitored each market requirements and feasibility for implementation according to ALM Limitations and TMMi Standards. I introduced and presented the ALM improvement to the new markets.

- As Testing SPOC Manager at Vodafone International Services, I developed the requirements traceability matrix by collecting the relevant data. I evaluated and mitigated the risks as well as discussed in a daily standup meetings. I prepared and offered the daily status and final closure report to management. I designed and delivered trainings to the newcomer’s staff members for their knowledge enhancement.
I implemented the performance testing on some pilot projects using JMeter.
Below is my key accomplishment that I have attained during this tenure:
~ Led testing estimation for Egypt professional services projects (Kotobi, ana vodafone).
- As GDSP, Testing Engineer at Vodafone International Services, I created and applied the test scenarios as well as analysed the results of the testing process. I conducted and implemented Ambiguity analysis phase to identify the systems faults. I reviewed the testing requirements in line with development of testing scenarios.

As Testing Engineer at HP, I completed the different types of testing, such as Functional, nonfunctional, smoke, regression and ad-hoc as per requirements. I estimated number of test cases modules. Used the XML and SOAP UI to simulate the consumer requests. I formulated the testing data by using TOAD. I developed the high-level scenarios and test scenarios on ALM to meet testing protocols.

My name is S. B., I help people to meet and exceed their goals. Clients and business owners enjoy working with me because I can point them to provide performance testing and feasibility study. I have repeated success in deploying and testing cutting-edge tools, systems, and databases to automate operational activities I am adept at strategic change programmes, performance testing, internal auditing, quality assurance, technical specifications, problem resolution, and support. I have demonstrated expertise in building relationships, resolving complex problems, conducting root cause analysis, resolving technical issues, addressing flaws or errors, creating software, and proposing agile methodology, . I possess excellent communication skills combined with the relationship management.