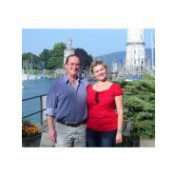 Summary:
Prior to becoming degree qualified in electronic engineering, I was mainly focussed on electronic post-production testing, fault diagnosis and calibration. These skills have strengthened during and since my time at university and I have gained some new ones too. I enjoy my work, especially when I gain exposure to new technologies and new methods. Working in Central Europe has proved to be interesting because of the need for cross-culture and multilingual teams. I have recently been moving from one avionic contract to another, this has proved to work very well for me and I have now become familiar with design, conformity, certification and test directives from the military and civilian aeronautic industries. Generally, I am happy to work autonomously, independently, or as part of a team.

Experience:
Avionic LRU and SRU qualification processes for Boeing and Airbus.
Taking ownership of production and development projects.
Test and diagnostics from system to modular or component level.
Working to ISO 9001, ABD0100, DO-160, DO-178, and DO-254.
Applying requirements based engineering techniques to development issues.
ESD, PPE, STTE, EMC, ABD, D6, H&S and TLA compliant.
Technically advising customers, staff and management on technical issues.
Feeding back engineering analysis via quality and management circles.
Setting up and implementing Environmental, Functional and EMC tests.

October 2010 to TechSat, Poing bei München, DE
December 2010 Test Support Engineer.
TechSat provide a wide scope of avionic communication equipment support and development suites, ranging from ARINC 429 to AFDX. Do check their website for full details. My task was to take higher level test coverage requirements from a customer company and provide a test procedure that would cover their specifically defined list of IEEE 802.3 physical layer based tests. Once the testing was defined, I was to offer quotes for the purchase and hire of equipment to perform these tests, have the equipment delivered and prove the procedure as viable. When the procedure and equipment were in position and the test procedure made viable, I was to transport everything and perform the tests at the customer site in China. This went well and was a very interesting job.

January 2010 to Diehl Aerospace, Überlingen, DE
October 2010 Test Support Engineer.
Diehl provide the design and production of aeronautic equipment for both the military and civilian aerospace industries. This project involved work for the new A350 RDC unit. This equipment is an instrumentation and control system that communicates with the aircraft main computers over a number of types of bus. My tasks were to support and configure the equipment for the purpose of qualification testing. This involved planning multiple bus usage and load calculation, digital and analogue signal configuration and the writing of the test scripts using ADS-2 and TPM programming packages. Due to a lack of available equipment, it was necessary to implement shift work patterns. I mostly worked from 13:00 to 22:00 Monday to Friday.

September 2008 to EADS Aeronautic systems, ULM, Baden Württemberg, DE
December 2009 Test and Requirements Engineer.
EADS Ulm provides military avionic systems for the A400M Military Transport Aircraft. Whilst working to a "Requirements Based Engineering" (RBE) point of view, I had been working with highly complex avionics and related test equipment. During this contract, I have been involved with hands-on formal practical qualification testing. Also, I have been providing requirements and certification specification and procedure documentation support for the LRU qualification process using DOORS and other suitable document production packages. The LRUs that I was working with were constantly being developed and updated - this required a vast amount of flexibility and agility on the testing and documentation fronts.

October 2007 to Aeromobile, Crawley, UK
August 2008 Test and Requirements Engineer.
For this contract, I was hired to specifically perform the DO-160 side of the QTPs for an aircraft mounted multi-LRU telecoms systems that enables passenger to use their own mobile telephones whilst in flight. Additional tasks included writing some of the conformity documentation such as the Fire properties plans and procedures for the Boeing based customers and producing and validating high level documentation for the Airbus based customers. My last three work positions appear to be drawing a pattern I get hired for testing and then I end up generating, validating and issuing complex conformity documentation. This is not a problem for me, I have had a reasonable amount of success in the field and the work becomes more involved with the project.

August 2007 to Turbo Power Systems, Gateshead, Newcastle, UK
October 2007 Test and Requirements Engineer.
Working at the world famous Team Valley Industrial Estate, I was originally hired to write the procedures for and to perform some production tests for a prototype control unit for the B787 project. Turbo Power Systems is an amalgamation of two smaller companies that originally specialised in Railway power switching and control. They have since branched out into the aeronautics world. Having sorted out some configuration and handling issues, I performed the production tests and was then given the validation level paperwork to write. Many of the crucial documents were created and the framework of the validation and verification process was put in place.


February 2007 to EADS Aeronautic systems, ULM, Baden Württemberg, DE
July 2007 Test and Requirements Engineer.
Although living away from home and travelling out of the UK on a weekly basis, this job proved to be a good professional level to work on. The people, place and the work were high-tech, interesting, and worth-while. Tasks have included developing validation documentation referring to requirement directives and specifications, cooperating with the project management, providing requirements traceability from SCD/PTS to SES, HRD/PHAC and SRD/PSAC, I was also producing and altering documentation within DOORS including the editing and linking of requirements between documents, the rewriting of technical test specifications. All of this was involved in the A400M project. The work was security cleared so I cannot offer more detail about specific project activities. Avionics development is an area that I am now familiar and comfortable with.

January 2007 to TRW Automotive, College Road, Birmingham. UK
February 2007 Test Engineer.
Hired to monitor and resolve technical issues on high speed mass production of state of the art SMT PBC manufacture systems for the automotive market. This proved to be a basic technician level job that was interesting for a short while until the daily drive of 210 miles (350km) started to take its toll.

October 2006 to Microgen Energy Limited, Orton Southgate, Peterborough, UK
January 2007 Test rig Engineer
I was hired to modify, maintain and monitor the operation, quality and performance of ATE for Microgens unique product. Once up to speed, I was to be sent to the production site in Japan for 18 months to ensure that the test equipment was kept at an optimum performance level and to perform any modifications and development work as needed. Other duties included rig development, experimental work, and the intoduction of uniformity to 20 custom-built test rigs. Standardisation of the rigs was initially the main part of this contract. Daily work involved working with a gas and water product that was being controlled by an ECU via a PC using National Instruments Labview.

July 2006 to Canberra-Harwell Ltd, Winfrith Science Park, Dorset, UK
September 2006 Prototype test Engineer
To perform the full functional and manufacturing tests to an updated version of the companys Thermal Monitoring Unit (TMU) for use in the nuclear power generation industry. Duties included mechanical, electrical, electronic, EMC, climatic, and system level testing to preset company and international engineering standards. This company was bought out by Ultra electronics CCS towards the end of the contract.

March 2005 to Goodrich Engine Control Systems, York Rd, Birmingham, UK.
May 2005 Diagnostics Engineer
To perform tests on customer-returned engine control systems and report in a FMEA manner to management in order to close the backlog of long standing investigations that were in progress. To ensure that the qualification of components, assemblies or systems comply with aeronautic performance specification. This job required aerospace industry knowledge, avionics test and development engineering, avionics test systems monitoring and control, testing and documenting results, and diagnostics.

September 2004 to Motorola Automotive Comms, Munich, Germany.
March 2005 Electronics Test Engineer
To configure and run EMC, low frequency electrical disturbance, and Climatic ATE systems to predefined customer requirements. Products were normally pre-production/prototypes. Motorola sold this department, its facilities and customer base to Continental in the summer of 2005 rendering it closed.

May 2004 to Goodrich Power Systems, Pitstone, UK.
August 2004 Software and hardware test engineer.
To perform modifications and fault find aeronautic power system test rig prior to full power system software test. This involved the modification of system wiring on a full bench set-up of an aircraft power control system from CDU to generators.

Prior to 1999 I was working mainly as a production "end of line" test technician for a number of small manufacturing companies. I started with the simple resistive checks and worked up to more complex tests such as high-powered lightening simulation tests. I started working in the electronics manufacturing industry in 1994, but after a few years I felt a return to higher education was needed to forward myself. So this was done in 1997 I went to University. Since that time I have progressed, although via an uncommon path, to a good level of engineering understanding and competence.

Please do feel free to contact me directly for further information you may require.