Freiberufler » IT, Entwicklung » Qualitätsmanagement / Testing (IT) 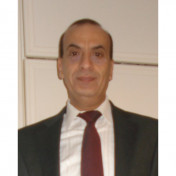  Responsible for logging all UAT defects and ensuring that prioritization and description of all defects are accurate for the Oracle ERP, Financial and HR modules.
 Used HP-Mercury Quality Centre for editing the test designs and test case specifications, the execution of the manual test scripts, logging of the results, the creation of defects, and writing test reports at the end of the UAT test phase
 Distributing UAT defects to UAT testers each morning and checking progress during the day and collecting stats relating to pass and fail of each defect and number of retests undergone prior to resolution, time between fix and resolution.
 Attended defects meeting with business users, test leads, and developers to determine which defect are required to be fixed prior to go live.
 Liaised between developers, architects and UAT testers to resolve any ambiguity in the defects description and determine their criticality and time required to be fixed,
 Accepted UAT fixes and builds to be installed into UAT test environment.
 Edited High Level Scenarios for provisioning and CRM and Billing, which included but not limited to user journey, registration, Mediation, rating and Payments.
Applications:
UNIX, ORACLE R12, SQL, Quality Centre, SharePoint and Microsoft Excel

 Analysis of incidents raised by Vodafone during testing, and categorised them as reproducible, eliminated environmental issues, identified requirement issues and verified criticality.
 Responsible for management and tracking of open issues through creation, acceptance and resolution of patch release.
 Acted as a filter of raised issues for development, and reported back on the status of tracked issues to Vodafone.
 Managed seven testers to perform data service configuration on mobile devices.
 Administration of Jira for defect reporting and tracking of all open issues raised internally and by the customer “Vodafone”
 Delivered to the customer “Vodafone” against challenging timescale, redelivering apps after retesting the fixes of customer bugs.
Technologies Used: - Jira, MS Excel, Android iOS and Widows devices.

 Worked for Xing.com on an agile development environment on the Rapid Response team, tested in an agile (scrum) life cycle contributed to the daily Sprint planning.
 I was responsible for the web testing of the new functionalities on the Xing platform, understanding the change, documenting the test cases in Confluence for the web site enhancements
 Performed the Cross browser testing on the new enhancements and deployed the changes on the Master test environment raising and managing defects in the defect tracking tool Jira.
 Built my own Sandbox, used Admin screen to configure the users and used the front end to navigate the web site and execute the test cases
 Ensured that the new contents are deployed on the Xing platform successfully using the DIPA tool and the Master environment
Technologies Used: - Jira, Confluence, MS Excel and DIPA tool.

 Worked for the European Patent Office in The Hague, I was responsible for the UAT test life cycle,
 My role involved reading the requirements, discussing technical issues with the developers, business analysts and applications managers
 Agree the scope of testing and script the test cases and created the relevant test data
 Escalated the test cases to the test execution stage, and supervised the user testers.
 Used my experience with SQL queries, HP-Mercury Quality Centre for the Creation of test designs and test case specifications, the execution of the manual test scripts, logging of the results, the creation of defects, and writing test reports at the end of the UAT test phase.
Technologies Used: - Mercury Quality Centre 9.0, SQL Queries, Oracle 11i, UNIX (AIX)

Working for O2 responsible for the Component test and the functional E2E test of the CRM” PeopleSoft”, Portal and Prepaid applications
Duties:
 Planned and created test cases and test data (for the CRM and Portal applications including on line shop and customer self care), Ensured that test cases are ready for test execution.
 Built in-depth knowledge of the PeopleSoft application, and Web applications – Portal on line shop and CSC Customer self care. Created test plans to define details of the test phase.
 Captured the requirements and confirmed that they were adequate prior to the start of the Test phase, executed the test cases and reported the results.
 Raised defects, liaised with other interface such as POS, EAI and portal in order to complete the test cycle.
 Delivered tested releases to production against challenging time scales.
 Reported the progress to the team leads and Compiled the test evaluation reports at the end of each release
 Prepared functional test scripts for the Prepaid application
 Checked the test cases created by the third party vendor “Danet” and ensured that the test coverage was complete and created new tests where required.
 Created data which consisted of pack and promotions, Executed the prepaid test scripts and raised defects,

Working for Patni (Telecom BU UK) and responsible for the SIT of a new Start up Telco in Dubai “DU” I was leading a team of 8 testers who performed functional test of the BSCS version ix.
Duties:
 Ensuring that the necessary scenarios and test cases are in place ready for test execution, using BSCS version IX and working with the Vendor LHS and the Client DU
 Responsible for client and vendor management
 Requirement capturing and gap analysis
 Performing the proof of concept via various billing workshops with the vendor
 Managing and integrating test efforts between interfaces such as CRM “Siebel”, ERP, POS and OSS.
 Managing the introduction of inexperienced test team,
 Successfully delivered against challenging time scales, regularly reporting progress to the client.
Technologies Used: CX (Customer Care tool), Provisioning, Billing, Rating, Interconnect and Mediation, and Quality Centre.

Profile
 A results-focused and self-motivated IT Professional with a high degree of commercial acumen demonstrated by an outstanding record of achievement is seeking a new role as a Test Analyst/ QA Engineer that will prove to be both a professional and personal challenge.
 A strong pro-active individual and a team player, results oriented and customer focused, with excellent relationship management skills.
 ITIL qualified and ISEB trained offering a track record and reputation for delivering high quality software with good knowledge of the full life cycle of the IT projects.