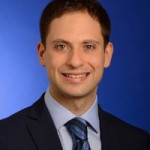 I am a DevOps engineer embedded in the platform team of the vertical advertising division. We manage the central cloud platform hosting the customer-facing online services.

I lead the internal migration and implementation of the Google Cloud Platform (GCP) and consult with the satellite development teams regarding the integration with Kubernetes/GKE.

Skat is the Danish tax authority.

I am the DevOps Lead on one of the largest European Deloitte projects to digitalise the Danish tax services and to provide citizens with a portal to manage property tax.

The project is a joint effort between Deloitte Denmark and Deloitte UK. I am physically located in the Skat offices in Copenhagen.

I am in charge of coordinating the work between three different teams located around the world, gaining requirements, optimising the architecture and building the infrastructure on the top of Amazon Web Services.

Element is a German fintech startup part of the FinLeap ventures. We aim at revolutionising the world of insurance by digitalising the traditional products and conventional processes which are set in the industry. In the digital age traditional insurance products can unbundled and sold flexibly, tailoring them to the users' needs. Technology can be used to easily interact with the users, manage the selling and claim processes and connect to the partners and the brokers.

I am the only DevOps Engineer part of the scrum development team. I work closely to the Full-Stack developers to architect, build and automate the infrastructure, hosting the Java-based microservices, manage the release process and deploying the support tools to analyse, monitor and provide connectivity to the internal platform. In addition to that, I also execute more reactive tasks, such as solving bugs and fixing security threats affecting the platform.

The infrastructure is completely integrated with the AWS ecosystem and makes use of a number of products, such as EC2, S3, Lambda, ElasticBeanstalk, CloudWatch, DynamoDB, SQS/SNS, Elasticsearch/Kibana, etc.
Hashicorp Terraform is widely used to automate the deployment of the infrastructure, whereas immutable images are created using a mixture of Packer, Ansible, Docker and Molecule.

After the strong growth of the company and the team split, I have taken the interim Lead role, shaping the team strategy, spreading the knowledge across the members and steering the meetings.

HMRC is the department of the UK Government responsible for the collection of taxes.

I am part of the core WebOps team working on the IT infrastructure that delivers digital tax services to the UK public, using Agile methodologies.

I work both closely to the Dev and the support teams to provide solutions to infrastructure-related problems as well as to help expanding, developing and securing the tax platform.

The Linux-based platform is designed to be fully multiactive and work across providers, such as Skyscape (VMware), Datacentred (Openstack), AWS and Microsoft Azure.

STEER THE TEAM TO EVOLVE THE PLATFORM
• I work together to a close team of devops professionals to steer, design, evolve and implement change in the current platform.
• I participate as well as chair meetings where we debate and introduce solutions and implementation plans.
• I work closely with the scrum master to write relevant stories, based on implementation plans and get involved in prioritisation meetings.
• I take part in organisation-wide tech talks where I discuss a specific technical agenda and agree on a concrete plan of action.

DESIGN AND IMPLEMENT THE PLATFORM
• I work together to other devops professionals to analyse, test and develop the technical backlog.
• I have also worked within dev teams to integrate the microservices with the infrastructure.
• I own epics about security hardening and datacentre provider discovery.

CONTRIBUTE TO THE OPEN SOURCE COMMUNITY
• I have written various tools for internal use and contributed to many open-source tooling.

KPMG is one of the largest professional services firms in the world and one of the Big Four auditors.

I am a member of the Data & Analytics team within the TechSolutions practice in KPMG Advisory, working as DevOps Engineer.

Our primary aim is to build a multi-tenant, highly scalable infrastructure on top of AWS for to deploy Hortonworks Data Platform 2.3 to be used by the KPMG clients.

I also collaborated to the development of a bespoke automation tool which orchestrates the infrastructure deployment using a combination of tools and technologies, such as Ambari 2.1, Ansible, Puppet, freeipa and AWS CLI.

I helped the team support the KPMG’s On-Prem Big Data infrastructure, where the KPMG client data resides, as well as consolidate the extisting technologies and hardening the security.

I worked closely to the product owner to innovate my team working practices and managing the workload. Together we migrate the KPMG team to make full and effective use of Scrum and Kamban for our teams.

The Government Digital Service is the unit of the Cabinet Office tasked with leading the digital transformation of the UK government.

Gov.uk Verify is the new way of certifying citizens' identities in order to authenticate them into public services.

I am part of the Ops team working in a DevOps/Agile environment.

I work across teams to design and operate the virtual infrastructure as well as to support the software lifecycle in order to ensure the availability and scalability of a secure, reliable, fully automated identity verification service, built for all citizens.

Due to the nature of the software, security is paramount in order to ensure confidence in the service and integrity of data.

SUPPORTING THE PRODUCT DEVELOPMENT
• Managing the configuration management tools.
• Automating the build process in order to provide continuous integration across our testing environments.
• Tuning the infrastructure to support the application needs for performance and security.
• Managing the release process.

SYSTEM OPERATIONS
• Monitoring systems for availability and performance.
• Responding to incidents on a 24/7 rota.

I am part of the Managed Services department, which provides in-house hosting, application and 24/7 client support to the company's renewed customers. I am mainly focused on the UK and northern European market.

• Maintain, monitor and operate the data centre systems, including rack servers, storage nodes and network appliance. Fix broken servers.
• Configure and troubleshoot the network devices, including cisco switches, routers, firewalls and load balancers, and respond to connectivity issues.
• Design and build new ESXi server racks based on the demand; deploy or decommission hardware in order to expand or optimise the service delivery.
• I am also familiar and I have helped build most of the HP P4300 lefthand storage infrastructure.

• Implement, operate and administer the VMware vSphere 4.1/5.1 company's private cloud.
• Configure and administer the hosts, clusters, datastores, dvSwitches. Configure and manage the VMs.
• I am also in charge of the client and internal Linux (RedHat/CentOS 5/6) infrastructure, configuring, changing and troubleshooting boxes. I also often take care of some of the clients' windows-based servers.

• I am currently involved in a project to migrate the existing ESXi 4.1 infrastructure to 5.1 along with a small team.
• I am also rebuilding the company's internal infrastructure from scratch in order to fully integrate it with VMware.

- I would like to work in an open, collaborative environment where Agile, XP and TDD practices are fully implemented and part of the organisation's culture.
- I have consolidated experience in Linux software development with Go, Python and Ruby. I would love to build on and expand my development skills.
- I would like to play with container management/orchestration tools such as Kubernetes and Mesos. I am excited about immutable infrastructure and I would like to explore the CoreOS ecosystem.
- AWS and Google Cloud are my favourite cloud providers.

I am a technologist passionate about cross-functional software development and new agile working practices.

My experience spans across multiple skill sets, industries and countries.

I evolve and innovate as I breathe. I quickly absorb knowledge and continuously adapt to new environments.

In life and at work I strive to exercise my passions, to realise my potential and to overcome my limits.