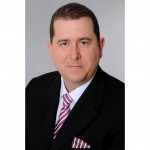 The Spanish Tax Authority (AEAT) required all legal entities (7) subject to VAT (IVA) to be compliant under the Immediate Information Submission (IIS-SII) Act by July 1st. The requirement meant changes in processes, systems as well as the implementation of new practices and solutions to maintain compliance within the close to real time submission requirements (<4days)

Build-up of the program delivery organisation, changes to the Order-to-Cash (O2C), Procurement-to-Pay (P2P) and Financial Account processes (FI), integration of a new software for handling the transmission (ETL) and error handling

Activities:
• Scoping of the activities required to determine the impact of the SII requirements on working practices, SAP ECC and Non-SAP systems (Cards Transactions, International Trading)
• Early ramp up of IT delivery resources to be ready for the business requirements incl. an emergency budget
• Supporting the business stakeholders to establish the system changes required to support changes processes
• Software and services selection for a quick and effective solution to support the SII submission and newly required error handling processes
• Implement ECC changes and a solution set (Techedge/EDICOM) in an Out-of-Release (OOR) implementation incl. the analysis of regression requirements, performance impacts and volume testing
• Quick turnaround of the requirements from May 19th towards the July 1st SII deadline for the capability to send to the AEAT requirements and achieve minimum compliance
• Stabilisation of business processes, SII submissions and gradual build-up of SII specific ETL solution change and error handling capabilities within the business and IT&S function
• Setup and administration of governance and project management processes such as risk management, delivery gates and quality reviews
• Managing of an international team with local language work sessions in Spanish, English and German

Description:
• The Spanish Tax Authority (AEAT) enforced the Immediate Information Submission (IIS-SII) Act under the OECD Standard Accounting Framework for Tax (SAF-T) which requires companies with a turnover of more than €6MM to submit VAT (IVA) relevant data from invoices and financial transactions within 4 working days
• The BP organisation risked being incompliant along the retail (service stations/AirBP/Cards), fuels and lubricants businesses, refining operations and international trade transactions which meant financial penalties, loss of business and operational constraints (rejection of invoices by customers)
• The requirement was established in December 2016, the final version of the XML structure was issued in mid-June 2016 which had to be met in principle by July 1st
• The receiving servers from the Tax Authorities (AEAT) are automatically validating submissions and provide immediate feedback by XML message to the submitting parties
• SAP recommend using the eDocument Framework to support the SII and future SAF-T requirements and the SAP localisation organisation issued their solution in May 2017 responding to v 0.7 of the AEAT SII specifications
• It required BP to adopt new processes and integrate a newly developed software within a very short timescale - 6 weeks implementation of a extraction, transformation and loading (ETL) solution, an incident management type error handling solution and middleware to manage the daily traffic
• SII affects more than 60’000 companies, impacts established working practices and ERP solutions in Sales, Procurement and Financial Administration which produces additional constraints on obtaining project resources locally to support the implementation

Results:
• We turned around an implementation plan within 3 weeks which secured readiness by July 1st using the EDICOM service provider and ramped up a team to deliver the technical solution by May 2017 in a regular quarter release
• We adapted the planning to incorporate last minute business changes and the introduction of the newly developed Techedge Solution into the plan around April/May
• We established an Out-of-Release (OOR) window to implement changes and managed around quarter end freeze period requirements to secure the July 1st business go live
• We implemented a BADI bolt on solution for the 4 SAP business solutions within 6 weeks (19th May – 27th June)
• BP is one of the few companies that achieved compliance by July 1st and has a working solution that can manage the AEAT rejections in real-time (<1 minute)

Implementation and Roll-out of an advanced Prioritisation, Planning and Scheduling (PPS) software for the Plant Maintenance, Procurement and Warehouse Management functions as part of the Global Reliability Improvement Programme (G-RIP)

Activities:
• Review, classification and sizing of requirements backlog for budget and planning purposes
• Definition and resourcing of work packages for the design, implementation and roll-out preparation of the addition to the global SAP-based template
• Planning, execution and integration of the project work packages with the business executives, group stakeholders and IT management
• Setup and execution of governance and project management processes such as risk management, delivery gates and quality reviews
• Managing of an international team with local language work sessions in Spanish, English and German

Description:
• The BP group in the Downstream business area has commissioned the Global Reliability Improvement Program (G-RIP) to increase the capabilities of Maintenance, Operations and Technical through common processes, people skills and improved tooling
• A key component of the G-RIP programme is the improvement of the Prioritisation, Planning and Scheduling (PPS) processes for plant maintenance and ancillary functions
• The implementation of an advanced planning and scheduling as well as material management solution are to increase responsiveness of the plant maintenance function, reduce breaks in work order execution and allow for self-servicing of contracting partners
• The pilot implementation in the BP Castellon refinery is the cornerstone in the global adoption of common and harmonised processes for PPS


Results:
• Within the first 6 weeks we established a working business and IT team to execute a rapid deployment against the time and resource constraints of a planned 5 year turnaround window at Castellon
• The plan aligned with the strict quarterly a release cycle and established the monthly release for an early technical go-live of the base functionality
• Caught up on the potential delay to delivery essential functionality for the PPS functions in time for the start of the turnaround
• The project team delivered the plan without any delay and according to its original schedule from July

Activities:
• Support of the 3rd party consulting team in designing workshop content and progressing the workshop methodology
• Review of the engagement processes of vendors from the request of proposals (RFP) to requisitioning of services and transitioning of services
• Recommendations on process improvements, harmonisations and organisation role components to increase agility and execution speed of IT Services towards the end customer

Description:
• Munich Re has the objective of improving the quality of service and better respond to business needs for more advanced IT products and services (e.g. Big Data)
• The SIAM framework was elected as the common way of integrating the various service lines for a more seamless customer engagement as well as increase the ability to provide the right service products from the market on the rapidly changing business

Results:
• Very quick engagement and turnaround to secure the deadline for the consulting assignment
• Input on best practices for engaging vendors and shortening of the time-to-service

Global roll-out of a harmonised SAP template for Sales (SD/MM), Production (PP/QM) and Finance (FI/CO) on basis of SAP ECC and a number of customer own developments (CODs) for Production Automation and towards the stringent Quality Management requirements of the pharma and food industry customers
• Planning, execution and integration of the project activities together with the client executives, stakeholder, their IT Share Services management and their global service provider
• Build-up of a technical project landscape incl. the setup of a 6-tier gated release management process, the required landscape and roll-out of Solution Manager for transport control
• Definition and staffing of work packages for the templatisation and roll-out of the SAP-based template
• Setup of program and template governance processes such as effective risk and change management for driving towards a global industrialised roll-out of 40 plus sites within 5 years
• Management of consulting service providers for the process design, business change management, software development and deployment of the solution
• Expert advice on the definition of a strong template governance process involving the newly setup Business Process Owner (BPO) organisation and deploying business change management as an enabler